Renting in London: Trading up a rental flat is now cheaper in London than it was a year ago 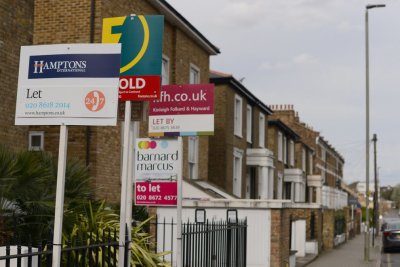 Renting in London: Trading up a rental flat is now cheaper in London than it was a year ago

Trading up from a one-bedroom to a two-bedroom pad has got cheaper for tenants in London – bucking the trend across the rest of the country.

London is the only region where it is cheaper to upsize in a rental home than it was a year ago, due to the run on one-bedroom apartments this autumn with the return of office workers after the first three waves of the pandemic.

New research from Hamptons, published today, shows that the price gap between one-bedroom and two-bedroom homes has narrowed by £15 over the last year (or two per cent).

It now costs, on average, £567 more to rent the bigger space in the capital.

“London is the only region where it’s cheaper to trade up than it was last year. This is because rents on one-bedroom properties in the capital have risen faster than two-beds since the UK opened up in July.

“Much of the demand for one-bedroom homes in London has been driven by younger tenants and pied-a-terre hunters returning to the capital, which in turn has bolstered rents,” says Aneisha Beveridge, head of research at Hamptons.

The scrap for family houses in Surrey and beyond

Across the rest of the UK, and in stark contrast, the cost of trading up has doubled.

The largest increase was recorded in the East Midlands where the price difference between the two property types has grown by £63 or 12 per cent.

The desire for more living space has been a key feature of the Covid-19 pandemic and has driven up rents on larger properties faster than those on smaller ones, the report reads.


As a result, the cost of trading up to gain an extra bedroom has substantially increased. This is evident in the home counties due to the high volumes of families relocating from London into the commuter belt, says Joss Cooper, of Seymours in Haslemere.

“A huge amount of people have gone into family-sized rental homes over the last year. They sold in London during the stamp duty window and are now renting in rural towns and suburbs waiting for the right forever house to come to the market,” he says.

“This means lettings stock is even harder to come by and we are seeing this across all of our offices in Surrey. In fact, demand for three- and four-bedroom houses is so high that some properties have let for 20 per cent more than they would have done a year ago,” Cooper adds.

Rents in inner London have fallen for 21 consecutive months, according to the Hamptons report.

This is a result of overseas students leaving the capital and returning home during the height of the pandemic, and young workers going back to their family homes to wait out the crisis.

The corporate relocations market dried up too, leading to a huge over supply of one-bedroom apartments.

However, rents in the core of the capital only slipped one per cent (£1) in October – the smallest drop recorded since the beginning of the pandemic.

Beveridge claims this shows that zone one and two rents will soon start to rise as employers reestablish working routines.

On average, across Greater London, rents did rise in the year to October by £47 from £1,855 last autumn to £1,902, a 2.5 per cent increase, and a 3.2 per cent jump in outer London, which is less exposed to the movements of the overseas tenant.