Renting in London: price gap between the centre of town and suburbs narrows to lowest ever 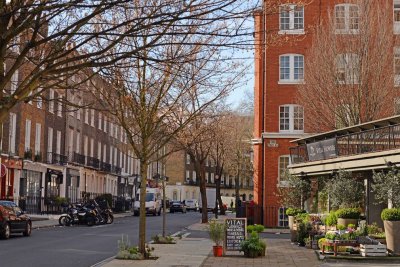 Renting in London: price gap between the centre of town and suburbs narrows to lowest ever

It is cheaper than ever before to move from outer to inner London as rents in the centre of the capital fell by a fifth in May, the biggest drop on record.

Just as landlords in the heart of London offered discounts of more than 20 per cent to try and fill their empty flats, rents went the other way in the peripheral boroughs, rising by 5.8 per cent in the year to May – new research reveals.

The first lockdown triggered an exodus of the densest and most expensive parts of the capital. Many young tenants did not renew their leases in inner London and returned to the family home to save money and often to escape working-from-home in shared flats with little or no outside space.

Others switched to renting in the leafy outer suburbs to get more floor space and garden for their money.

Many families who were letting lateral apartments in central London to be close to work and culture, swapped location for space and went in search of a family-sized house further out.

As a result, the gap in the cost of renting in inner London versus outer London closed to just 26 per cent, the study by Hamptons shows. This is the narrowest margin since records began and is down from a peak of 96 per cent in July 2013.

“The gap has been closing since the 2013 when it was at its widest. This was following the housing market recovery from the global financial crisis which was firmly driven by inner London. It was in this period when rental growth in the most exclusive parts was at its highest before cooling off in subsequent years,” explains Aneisha Beveridge, head of research at Hamptons. “Meanwhile rental growth in outer London continued to catch up, closing the gap.”

The Covid-19 pandemic accelerated the shrinking of costs between renting in inner and outer London.

Before the virus struck in March 2020, the average rental home in inner London cost £2,654 and was 66 per cent more expensive more than letting a home in outer London. Following multiple lockdowns, the difference is now £421 a month (or 26 per cent). The average rent on an inner London home is now £2,017.

“Tenants moving from outer London to inner may find it cheaper at the moment. There is a definitely an argument to suggest that inner London apartments are better value than they have been historically. They will be sacrificing space but this will matter less when hospitality and culture fully open and the pub becomes your living room once again, as it was in 2019,” says Lawrence Bowles of Savills.

The research is based on the Office of National Statistics definition of inner London: Kensington and Chelsea, Westminster, The City, Camden, Islington, Hammersmith and Fulham, Lambeth, Tower Hamlets, Hackney, Greenwich, Southwark and Lewisham.

The strength of the outer London rental market is expected to continue to grow with a new survey showing that young Londoners are pessimistic about buying a home after the pandemic and expect to stay in rental accommodation.

A study from Santander, Life after lockdown: the future of UK homeownership found that nearly four in ten (39 per cent) of wannabe homebuyers in London delayed their plans to buy a home due to the pandemic.

A third (33 per cent) said that the pandemic negatively affected the first-time buyers’ prospects while more than half (56 per cent) expect the bank of mum and dad to be less available to help in the wake of the coronavirus.