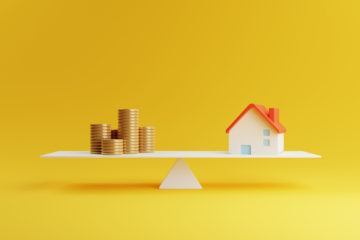 Chancellor Rishi Sunak has announced a package of support to address the rising cost of energy bills, including a £400 energy grant per household in October.

The Government has pledged:

Responding to the announcement, Alicia Kennedy, Director of Generation Rent, comments: “This package is much closer to what people will need to manage rising prices, but one in three tenants have had rent rises this year, so many renters will still face agonising choices between eating, heating and paying rent.

“Tragically, because evictions without reason are still legal, renters have little choice but to cope with a rent hike.

“For renters living in homes where energy bills are included in the rent, such as shared houses, it is not clear if the landlord is under any obligation to pass this new support to them through a reduced rent. The government needs to clarify how it will ensure renters receive the package of support as the Chancellor intended.

“While benefits will rise in line with September’s inflation rate, Local Housing Allowance is still frozen at 2019-20 levels.

“We need a freeze on rents, an emergency pause on evictions and increase LHA to cover market rents.”

Matt Downie, Chief Executive of Crisis, comments: “Following today’s (26th May) announcement by the Chancellor households across England will be breathing a collective sigh of relief.

“We know from our frontline services just how desperate things had become, with people unable to keep up with rising rents and spiralling energy and food costs. This targeted support for those on the lowest incomes couldn’t have been more needed and, alongside the commitment to increase benefits in line with inflation next year, will help people to keep a roof over their heads as we weather this cost of living crisis.

“While the Chancellor outlined that today’s intervention was ‘timely, temporary and targeted’, there is also a pressing need for the Government to think long-term. We need a clear plan to deliver the genuinely affordable homes that are so desperately needed so that people are protected from any sudden economic shocks in the future.

“Never again should people be forced to endure the hardship and pain of recent months before Government takes action.”

Marc von Grundherr, Director of Benham and Reeves, comments: “While the monthly cost of a mortgage looks set to keep on climbing, a good number of UK households can breathe a sigh of relief as Rishi Sunak pledges further money to help alleviate the cost of living crisis.

Over £15bn announced to help mitigate increased energy costs for those on benefits, pensioners and the disabled, will go someway in helping the most financially vulnerable in society and the refreshed reduction in council tax will also help ease monthly living costs, with a £400 reprieve that is no longer required to be repaid.”

James Forrester, Managing Director of Birmingham estate agent Barrows and Forrester, comments: “A step in the right direction but far too little, too late, for many of the worst hit UK households.

“Quite frankly today’s (26th May) announcements feel like forced rhetoric from a government on the back foot and as we know all too well, the results rarely match the headlining fuelling hot air.”

What about reducing the cost of energy at the pump to make an immediate, meaningful impact?”