Leasehold reform: thousands of homeowners to be given the right to extend property leases at zero ground rent 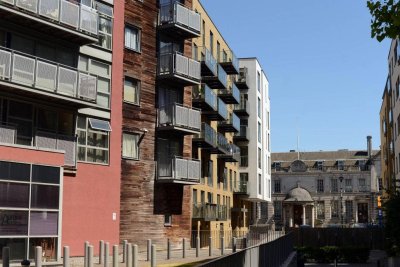 Leasehold reform: thousands of homeowners to be given the right to extend property leases at zero ground rent

Hundreds of thousands of London leaseholders stuck in unsellable homes with escalating running costs have – at last — some light at the end of the tunnel.

“Feudal” leasehold laws are to be swept away, making it easier – and cheaper – for them to extend the leases on their homes.

The key change unveiled by housing minister Robert Jenrick is the right to extend their leases by almost 1,000 years, at zero ground rent.

Until now some freeholders charged owners exorbitant fees to go through the complex and expensive process of extending their leases by a maximum of 90 years.

If they allow their lease length to dwindle they will find themselves stuck in the property because without a lease of around 80 years it is almost impossible to get a mortgage on a property leaving them at the mercy of cash buyers looking for bargains. If a lease expires outright they forfeit the property altogether.

Under the new, simplified, extension arrangements owners will be able to extend their leases to 990 years - an effectively-permanent solution for owners lasting until beyond the next millennium.

The move will assist most owners of flats, who buy their property but not the land it sits on, and some house owners too. The Government estimates that London has the highest proportion of leasehold homes of any region in the UK – 34 per cent of its total housing stock, or about 1.2 million individual homes.

The new system will not be universally introduced, however, and there are still some key questions to answer.

Individual homeowners will have to extend their lease to take advantage of the changes – at a currently unspecified cost.

Jenrick said the amount will be based on a fair, simple, new formula and will be lower than those currently charged. According to moneysavingexpert.com extending the lease on a flat worth £200,000 is currently between £5,000 and £24,000 depending on the length of the existing lease, while legal fees add another £2,500.

Once a lease is extended leaseholders will no longer have to pay annual ground rents to their freeholders either. Most ground rent contracts involve costs increasing over time, also making properties hard to sell on.

Mr. Jenrick said that ground rents on new homes would be abolished this year. It is not known when the new laws assisting current owners will come into force but the Government first committed to reform back in September 2017 so it is reasonable to assume that legislation will take several years to come through.

Beth Rudolf , director of delivery at the Conveyancing Association, described the announcement as “a fabulous first step”. “We look forward to hearing the ministry’s plans and timetable to introduce the required legislation,” she said.

People who live in blocks of flats, meanwhile, will be able to set up management companies with their neighbours and run their own affairs, rather than deal with management companies which are regularly accused of overcharging for repairs and service charges, and under-performing when it comes to keeping buildings up to scratch.

“We are putting fairness back at the heart of the housing system,” he said.

The move follows a series of reports on the issue by the Law Commission which condemned the “medieval” system of leasehold.

Katie Kendrick, founder of the National Leasehold Campaign, described the current system as “feudal” and “toxic”. “We are delighted that government has committed to delivering these reforms in this Parliament and urge them to strongly reject the fierce lobbying and delaying tactics they will get from the sector determined to keep the leasehold gravy train running.”

Mark Hayward, chief policy adviser at Propertymark, is also delighted the leasehold system is to be dismantled. “The issue of escalating ground rent on leasehold homes has been a long term scandal which has left many owners trapped and unable to sell their houses,” he said.

“This new legislation will go a long way to help thousands of homeowners caught in a leasehold trap.”