Eviction ban 'Christmas truce' dates:bailiffs will not be allowed to enforce repossessions for a month housing minister announces 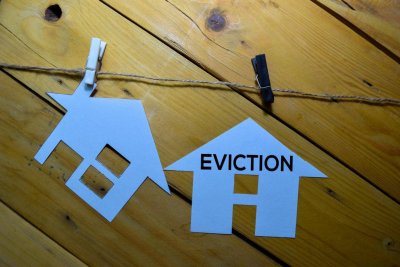 Eviction ban 'Christmas truce' dates:bailiffs will not be allowed to enforce repossessions for a month housing minister announces

The dates of a “Christmas truce” on evictions of renters affected by coronavirus were confirmed by the Minister of State for Housing today, after the Government lifted a ban on landlords repossessing their homes during lockdown.

Christopher Pincher said bailiffs in England and Wales should not enforce possession orders over the coming festive period, between December 11 and January 11.

The dates were confirmed in response to a written question in Parliament from Sarah Olney, the Lib-Dem MP for Richmond Park.

Ms Olney asked what support was available to renters who were served a Section 21 notice ­— to start the process to end an assured shorthold tenancy — between August 21 and 29, who therefore were not entitled to the six-month notice period that came into effect on the later date.

Mr Pincher said: “Under the Coronavirus Act 2020, landlords serving notice of their intention to seek possession between August 21 and 29 would have been required to give their tenants at least three months notice.

“Where possession cases do go to court, new court rules mean that landlords are now required to set out any information they are aware of in relation to how their tenant, or any dependant of their tenant, has been affected by the coronavirus pandemic. Where this information is not provided, judges have the ability to adjourn proceedings until such information is provided.”

In the first weeks of lockdown, the Act extended from two months to three the period before landlords were able to start the legal process to evict tenants.

The initial ban was extended three times with the third extension, to September 21, also requiring landlords to give tenants a six-month notice period, meaning that no tenant would find themselves evicted before March next year.

However, from August 29, landlords are required to give only four weeks’ notice to tenants who have not paid rent for more than six months. Other exceptions will be made in the “most egregious cases”, for example where tenants have committed fraud or demonstrated antisocial behaviour.

London Mayor Sadiq Khan last week called for greater protection for the capital’s 2.2 million renters, including a two-year rent freeze and financial help for tenants who fall into arrears.